A Middletown woman drove to a Preble County wildlife area to abandon her 6-year-old son and possibly his siblings but ran over him and killed him when he tried to get back in the car, according to police and court records.

They are accused of moving the boy’s body back to Middletown after his death in Preble County, driving it to Indiana and disposing of it in the Ohio River on Saturday.

Here’s how the case unfolded (continue below): 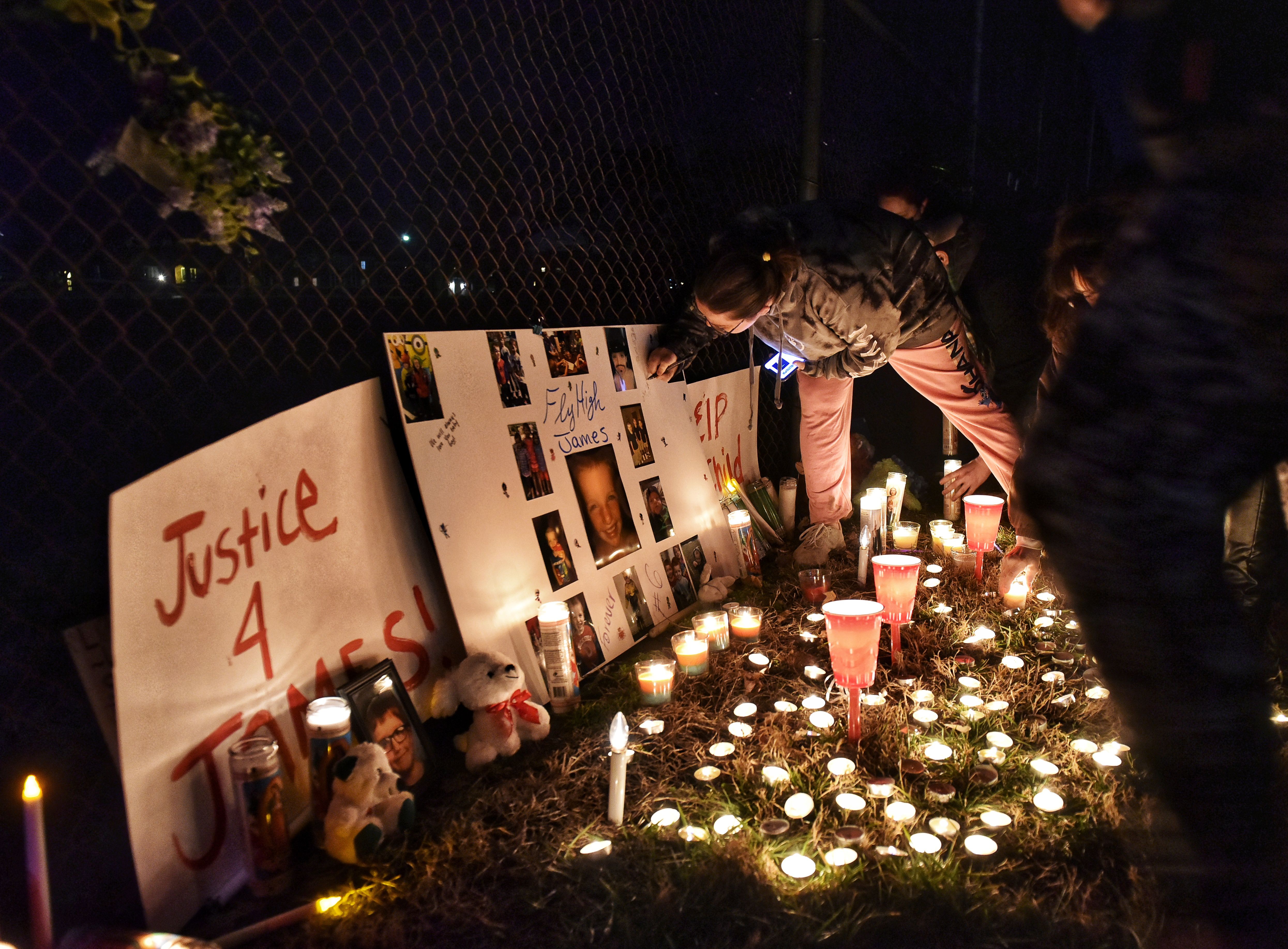 » Middie community celebrates first-grader’s life: ‘There is a long road of healing’

According to the Preble County Sheriff’s Office report, Gosney said she was under pressure from Hamilton to get rid of Hutchinson and his two siblings, ages 9 and 7. The 29-year-old mother drove the three children in a 2005 Dodge Caravan to Rush Run to abandon them, according to Middletown and Preble reports.

“The defendant admitted to taking her child to Rush Run in Preble County where she placed him outside of her vehicle. Defendant said she was going to leave the child in the park,” Detective Jon Hoover wrote in the court documents.

The boy attempted to get back in the vehicle, and Gosney told police she sped off, dragging James “for a distance.”

Gosney told police she left the park and returned about 30 to 40 minutes later and found the boy in the middle of the parking lot with a head injury. He was dead, police said.

“(Gosney) stated she picked the child up, put him back in the vehicle and drove back (to her residence) where she took the child in the house and placed him in an upstairs bedroom,” the complaint states.

Police believe that sometime Saturday night after the other kids fell asleep, the co-defendants drove James’ body to the Ohio River.

Gosney reports Hutchinson missing since 9 p.m. the previous day. She told police she “just woke up and he’s gone,” according to police records.

She said he was wearing a plain red shirt and Batman pants and they had been searching for several hours.

Middletown police release a statement that Gosney and Hamilton have been arrested and charged in Hutchinson’s death. After days of rain and large amounts of melted snow, they say they are searching the river but that the “river is very high and treacherous, so we will not be disclosing the exact location in hopes of avoiding another tragic incident.”

From the criminal complaint, the Journal-News first reports the details about Gosney’s claims she tried to abandon Hutchinson before running him over.

Hutchinson was a first-grader at Rosa Parks Elementary School.

“James was a happy and joyful soul who loved school,” Tracey Neeley, principal of the school, said in a statement. “On the days he was in class, he would give hugs to all his teachers as he walked into school.”

“A fun memory I have is the way his face would light up when he won the lucky lunch tray! First-graders can find the joy in just about anything. I will always remember his bright joy,” said Neeley.

During the arraignment in Middletown Municipal Court, Judge James Sherron set Gosney’s bond at $1 million and Hamilton’s bond at $105,000.

Birk said two of the boy’s siblings, a boy and girl under the age of 10, were in the vehicle when James was struck, and it appears she may have been trying to leave all three of her children.

Hamilton admitted to police he kept the boy’s body in the Crawford Street house and then took part in disposing of it in the Ohio River, according to court documents filed by Hoover.

“The mother is not showing much remorse at this time, but she has confessed to doing this, we will know more once James is recovered and we can do an autopsy,” Birk said.

The community released balloons, lit candles and held a moment of silence.

Lewis Hutchinson, James Hutchinson’s father, said his son brought joy to those around him.

“The whole room could be down in the dumps and he could bring joy to all of them,” he said. “He was really funny, he loved to gives hugs to everyone, he was a great kid.”

Lewis Hutchinson shared his desire for justice for his son.

“I don’t know how to process this, I want justice for him, that’s what I want,” he said.

The district organized the event at which school officials gave statements from a podium next to a large painting of Hutchinson — the artwork was done this week by high school students in Rick Krebs’ art class — who was described as a happy, fun, bright and well-liked student.

“We are heartbroken and there is a long road of healing for all of us,” Rosa Parks Principal Tracy Neeley said before introducing the staff members who knew James best, his first-grade teacher Shawn Kavanaugh and kindergarten teacher Leigh Phieffer.

The “James You Are Loved Fund” was set up Middletown schools, Middletown police, the city and local faith-based groups.

They were indicted by a Butler County grand jury on a total of 31 felony charges for the death Hutchinson and crimes against his siblings.

After several days of the Ohio River’s height preventing a search for Hutchinson’s body, the search resumes near Lawrenceburg, Indiana with multiple agencies contributing.

Court-appointed attorneys entered not guilty pleas on behalf of Gosney and Hamilton in Judge Noah Powers’ courtroom. Bond was set at $2 million for Gosney and $750,000 for Hamilton.

Lauren Pack
© 2023 Journal-News.
All Rights Reserved.
By using this website, you accept the terms of our
Visitor Agreement, Privacy Policy, CCPA, and understand your options regarding Ad Choices.
Learn about Careers at Cox Enterprises.
Back to Top