Three Indiana teenagers are accused of killing a woman they met on Facebook last week and dumping her body in an abandoned school building before heading to McDonald’s and Pizza Hut to eat, court records show.

Adriana P. Saucedo, 27, of Portage, was shot and killed for the cash with which she planned to buy a small amount of marijuana, according to Portage police officials. She was reported missing Wednesday morning when she failed to show up for work.

Court documents obtained by the Northwest Indiana Times indicate Saucedo was killed over $100.

Saucedo’s family members said they are devastated by their loss.

"She was the best aunt I could ever have," a tearful Isiah Mangrum, Saucedo's nephew, told WGN in Chicago. "She taught me everything. She taught me how to drive. She taught me to never give up on myself and to always believe in myself."

Shaun Thompson, 16, and Jonathan Brown, 17, both of Gary, are charged as adults with murder and felony robbery, according to the Times. A 15-year-old boy is expected to face the same charges.

Porter County prosecutors plan to charge the youngest boy as an adult as well, but doing so will require a waiver from the juvenile justice system, the newspaper reported. The 15-year-old's name is being withheld until that process is complete.

Portage police officials said officers were called just before 9 a.m. Wednesday to the 6200 block of Kathryn Court in Portage, where Saucedo had last been seen alive. She was living with one of her sisters at an apartment there.

Officers learned that Saucedo had recently met a young man on Facebook and had first chatted with him about buying an iPhone, but the talk soon turned to buying a small amount of marijuana, according to court records.

Saucedo was with her boyfriend when the teens arrived at the apartment complex, her sister, Paula Biller, told the Times.

"Her boyfriend said they met her at the house, and next thing we know is she got into the car, and that was the last time she was seen," Biller, of LaPorte, told the newspaper.

In a news release issued the day Saucedo was reported missing, police described the vehicle as a dark-colored sedan, possibly a Pontiac.

"Approximately 15 minutes later, Ms. Saucedo sent a Facebook message stating she and the unknown male subject would be stopping for gas. It is unknown where they were stopping to get gas," Portage police officials said. "This is the last time anyone has heard from Ms. Saucedo." 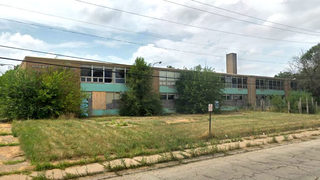 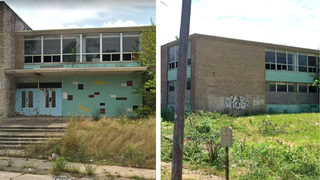 Biller said her sister tried to contact her boyfriend via FaceTime following the message about stopping for gas, but he missed the call, the Times reported. When he tried to call her back, she did not answer the phone, her sister said.

It was completely unlike her to go for days without contacting her family, Biller said. Saucedo’s mother died when she was a senior in high school, and her father died a year later, tragedies that brought her closer to her siblings.

"She's like our kid," Biller said of her sister. "She has struggled through a lot, and she got through it all. She walked across that graduation stage. Her mom died in February and her graduation was in June. Then she went to school to be a medical assistant. This is just not like her."

Saucedo also left her purse, which held her identification and bank car, behind, her sister told the newspaper. The sister she lived with said she was carrying up to $150 or $200 in cash when she left the apartment.

Investigators said Thursday that they believed Saucedo, who worked as a registered medical assistant at a clinic in Valparaiso, was in danger specifically because she had missed work.

"She has not shown up for work for the last two days and would always call if she had to miss work," police officials said. "Ms. Saucedo also had other family commitments that she would not miss without contacting someone."

Biller said her sister, who worked at her job for four years, was a diligent, hard worker and would never have been a no-show without giving a reason why. She told the Times Saucedo left her Facebook profile open at her desk, allowing detectives to quickly access her messages after she was reported missing.

Portage police Chief Troy Williams said detectives learned later in the day Thursday that the person Saucedo was planning to meet was the 15-year-old suspect, whom the Times reported they were able to track down through his Facebook messages with the victim.

The teen was picked up for questioning at the Thea Bowman Leadership Academy in Gary, where he is in the ninth grade. He was taken to the Portage Police Department, where he and his parents met with detectives.

The court records obtained by the Times allege that the three teens picked Saucedo up in a 2001 Pontiac Grand Am and stopped to have her buy some gas before driving to a parking lot about a quarter-mile from the apartment she shared with her sister. The 15-year-old, who was driving, said he heard a gunshot and turned to see that Thompson had shot Saucedo.

Brown, who was the passenger in the front seat of the car, told investigators the robbery was planned ahead of time, the documents say.

"While on the way to Saucedo's residence, (the 15-year-old) makes a plan with everyone in the vehicle that they will be ripping Saucedo off and robbing her of her money," Brown told police, according to the Times. "Jonathan Brown said that no one in the vehicle had any marijuana with them to sell to Saucedo."

The teens then drove more than 10 miles to Gary, where they dumped her body in the abandoned Horace S. Norton Elementary School, Williams said. The school was shuttered in 2006.

The 15-year-old boy ultimately led investigators to the school, where Williams and a team of detectives found Saucedo’s body hidden under a large roll of carpet.

"The school had been vandalized so much, spray-painted, it was leaking," Williams told WGN. "It was a scene that you really can't imagine until you saw it.

“It was especially important to us that we were able to find her and take her out of there.”

See the inside of the abandoned Horace S. Norton Elementary School in the 2018 YouTube video below.

The 15-year-old was taken into custody Thursday at his school, and Brown was arrested Friday at his girlfriend's house, WGN reported.

Thompson was arrested Wednesday -- before police suspected he was connected to Saucedo's disappearance -- after he fled an unrelated traffic stop that took place while he was driving the Grand Am that had been used in the homicide, the Times reported. Thompson tossed the alleged murder weapon, a Ruger semi-automatic handgun, into a wooded area in Gary during the subsequent foot chase, according to court records.

Authorities said they recovered the handgun and seized as evidence the car in which Saucedo was reportedly killed.

Williams on Friday commended the different law enforcement agencies, as well as the county coroner's office and the Porter County prosecutor, for the cooperation displayed in solving the case. He specifically credited the homicide detectives who worked on the case.

"Their tenacity and committed focus to find Ms. Saucedo, who was a Portage resident, and bring her family some measure of closure was extraordinary," Williams said.

According to her obituary, Saucedo is survived by four siblings, eight nieces and nephews and a host of other relatives, along with her "four-legged companions, Pricilla and Ace."

"She loved her dogs and enjoyed spending time at home with family, friends and co-workers," the obituary read.

Mangrum said time would offer some healing to his family, but a piece of it would forever be gone.

"It was three children that did this to her," Mangrum told WGN. "Whatever they get, it won't bring her back."

In Other News
1
Canadians released after Huawei CFO resolves US charges
2
LEADING OFF: Cortes rolls into Yanks-Red Sox showdown
3
Biden hosts Indo-Pacific leaders as China concerns grow
4
Europe takes a tumble, faces historic deficit at Ryder Cup
5
PG&E charged in California wildfire last year that killed 4
© 2021 Journal-News.
All Rights Reserved.
By using this website, you accept the terms of our
Visitor Agreement and Privacy Policy, and understand your options regarding Ad Choices.
Learn about Careers at Cox Enterprises.
Back to Top