In the 2016 election, the NRA spent $11,438,118 to support Donald Trump’s campaign and donated $19,756,346 to groups opposing Hillary Clinton’s. However, the bulk of the contributions have gone to House and Senate members. Here is a look at the top 10 recipients of NRA contributions.

According to the Center for Responsive Politics, “the totals are a combination of money given to the member's campaign or leadership PAC from gun rights or gun control PACs or individuals in the 2016 cycle (2015-2016).

“The total dollar amounts comprise donations made by the National Rifle Association, its affiliates, and its members, as well as “outside money” consisting of campaign spending conducted on behalf of political candidates by NRA political action committees, in all campaign cycles since 1989.

“In addition, money spent by outside groups supporting and opposing these candidates is included in the total.”

Here is a list of the top 10 Senate and House members with the most contributions from the NRA. 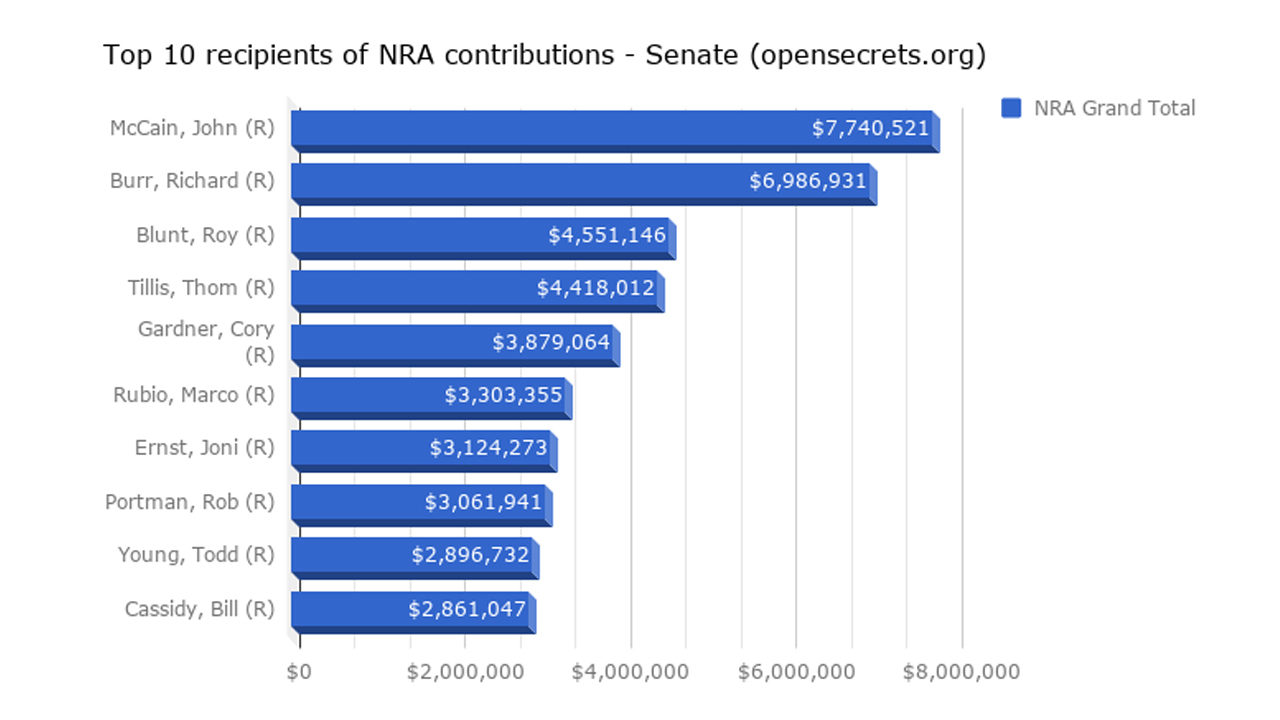 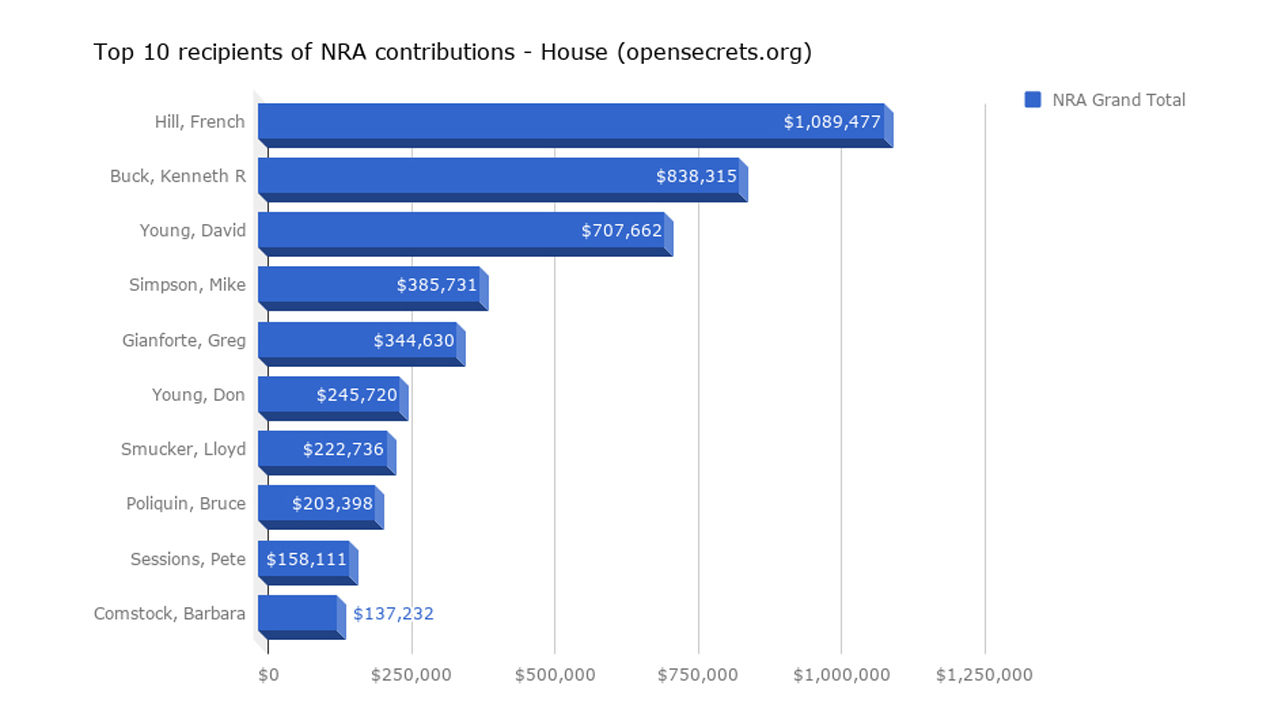 In Other News
1
Robot umpires at home plate moving up to Triple-A for 2022
2
Irving fined $25,000 by NBA for cursing at fan in Cleveland
3
Biden issues new warning to Russia over invading Ukraine
4
Stocks wobble on Wall Street as investors review earnings
5
NCAA ratifies new constitution, paving way to restructuring

Debbie Lord, Cox Media Group National Content Desk
© 2022 Journal-News.
All Rights Reserved.
By using this website, you accept the terms of our
Visitor Agreement and Privacy Policy, and understand your options regarding Ad Choices.
Learn about Careers at Cox Enterprises.
Back to Top